You are in the realms of  The Apostolic and Prophetic Destiny Solution and Apocalypse Ministries of the seeradvancing in the heartbeat of the Father in burning Love of God, revealing the last day Messages of apocalypse from the Father through core Destiny of Love, pure grace and Wisdom in Christ Jesus (1 Cor.1:24-25).

The Golden apocalypse Destined of the Seer is now display in Love, Wisdom, leadership, dignity, unicorn strength and Destiny fulfilling experience to make a pave in unify the genuine apostolic & prophetic calling to the universal school of the seer in the last day, you will be magnify and glorified in His genuine love, wisdom, faith and destiny. True grace of our Lord Jesus fulfilling power of the Scripture to find path in your journey to His glorious programmed.

This call is Destiny to a golden destined generation with apocalypses messages. The apostolic & prophetic core, apocalypses and solution of  golden destiny Church in the 21st century as prophetic perspective and prophetic people leading with His servant the prophet, this is the seer apocalyptic destiny on earth.

Our teaching, preaching and calling is based on the apostolic & prophetic (APOCALYPSE) Revelation given to us as the apostolic & prophetic solution body to the nations. (Joel 2). We are destiny to this prophetic pilgrim’s generation in the path of life. We see your inward Dreams, visions, inspirations, prophecies, songs and all other guide of the genuine gift of the move in the Holy Spirit in your personal life fulfilling as God ‘s  given destiny programmed by Him for the useful of timing generation in this 21st century. (1 Cor. 2: 5-7).

In this Apostolic & Prophetic Apocalypse Destiny Solution and seer Ministries, we understood the golden will and purposes in which you are called and chosen to be fulfill on earth in the destiny price paid by our Lord and Master King Jesus Christ for the hungry soul for His glory and for His presence. You are in the right place to serve and dwell at His bosom in your relevant manifesto in fulfilling the GOLDEN DESTINY you are called and chosen to be part at this timing agenda. God the loving Father will seed apostolic and prophetic revival as His final arrival to the end of the world.

Distinction will distinguish you as you obey the Senior Partner (Holy Spirit) in your life. Shalom! 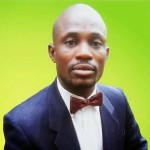 akanbi Jesu ademoye adekanbi chosen, ordained and called an apostle & a seer of divine revelation of Jesus Christ {prophet} a teacher with mandate of similitude’s visions in this present generation to raise divine soldier of solution with wings of prophetic mantles; he is the apostle/prophet in the EagleStar house of MORNINGSTAR APOSTOLIC CHURCH {THE APOSTOLIC AND PROPHETIC SOLDIERS OF JESUS CHRIST} Ordained and chosen to illuminating the soldiers of Quest, soldiers of power, soldiers of purity, soldiers of Glory, and the soldiers of purpose in Christ Jesus kingdom @ MORNINGSTAR CHURCH ADDRESS AND OFFICE:- 1, MorningStar Avenue, MorningStar Bus Stop, Tanmola C. D. A., PowerLine, Idi-Ota, Idi-Aba, Off Abe Koko, Owode Yewa South Local Government, Ogun State, Nigeria, West Africa and a global missionary. My eager for soul winning every day as Borden in my heart and pray for sick people all over the world, JESUS CHRIST COMING IN THE SECOND TIME WILL BE PROCLAIM BY THE MATURED PROPHETS OF THE LAST DAY.APOSTLE/PROPHET AKANBI ADEKANBI MINISTRIES (PAAM) THE APOSTOLIC & PROPHETIC DESTINY SOLUTION MINISTRIES apostleakanbi.orgMY VISION Ordain and chosen to put illumination into Dreams, visions, and the gift of the chosen mature prophets. There is a need to know between the chosen mature prophets, called mature prophets and the gifted mature prophets in the Holy Ghost. And there is also need to know between the immature prophets, immature called prophets, immature in character prophets and the gifted immature prophets in the church and the world. Rev. 22, Deut. 13:1-5, Jer.14:13-14, zec.13:2-